This is a word of thanks to our translators, almost 20, and that’s only counting the ones known to Weblate:

Also thanks to the more anonymous contributors, among which:

And huge thanks to Michal Čihař, who’s been contributing translations and corrections in several languages (Czech, Danish, French, German, Polish, Portuguese, Spanish, Vietnamese), but has also authors and promotes the Weblate software, and offers the translation platform we rely upon. 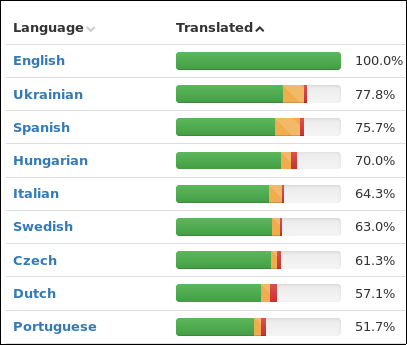 Thank you all for what you’ve been doing and all the work you keep producing.